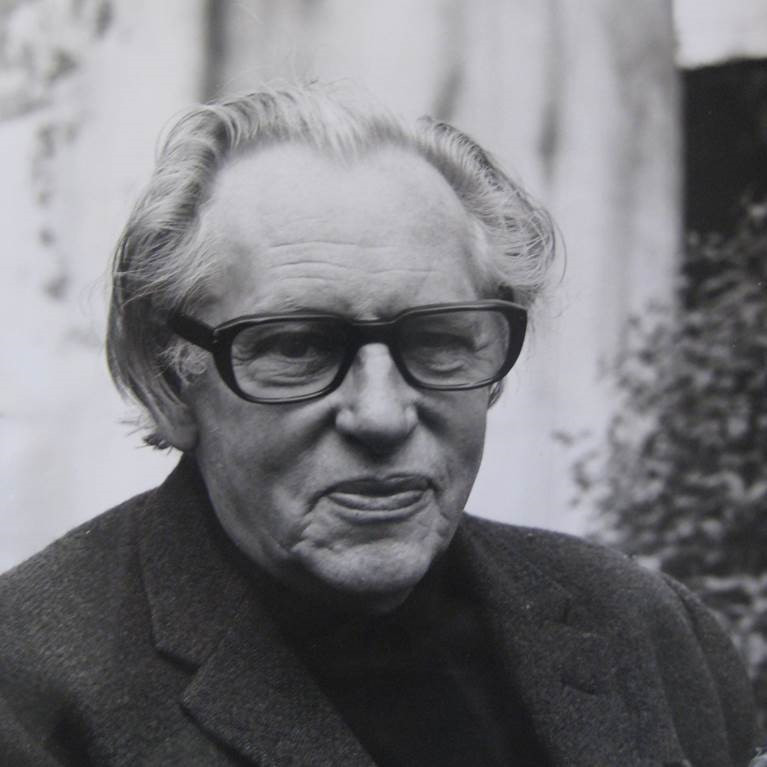 Architect Mogens Lassen (1901-1987) is among the greatest and most influential of Danish architects, a pioneer of Danish Functionalism, and is internationally renowned for his characteristic architecture. Mogens Lassen was inspired by the German design school Bauhaus, and its geometric shapes recur often in his iconic designs.

While still only a child, Mogens Lassen knew that he would one day become an architect. He was born to it. He purchased books about architecture with his pocket money and surveying and sketching buildings was his hobby.  Since he was dyslexic and funds were limited, Mogens Lassen entered the world of architecture through apprenticeship. However, he closely followed the academic sector and turned his skills to the projects awarded to his friends and colleagues Ole Wanscher, Arne Jacobsen and Hans Bretton-Meyer.

Mogens Lassen was asked to join the renowned studio of architect Tyge Hvass, and here he became a highly respected employee.  In 1927 Mogens Lassen travelled to Paris and worked for an engineering company. He did not enjoy the work nor understand the French language, and it annoyed him that he could not sketch for architecture but only for practical purposes.

For Mogens Lassen, drawing ugly facades was almost painful.  But Paris shaped Mogens Lassen. He adored the open kitchens found in the city’s restaurants – they were full of life and, for Mogens, the most important room in the house. It was also here in Paris that Mogens Lassen became acquainted with Le Corbusier, who became a source of ongoing inspiration. During his time in Paris, Mogens was honoured with the offer of a place in Le Corbusier’s studio, which he gracefully refused. He was highly self-critical and thought his French was not good enough.

When Mogens Lassen returned to Denmark he opened his own studio, and it was here that he lived his life. Later on he also worked as the exhibition architect for ’Den Permanente’, and was part of the movement that promoted Danish design and made Danish craftsmanship internationally renowned. ’Den Permanente’ became a huge success and an obligatory tourist attraction, but Mogens Lassen never took credit for it. He was a modest man by nature, and not the type who cared about becoming rich and famous.

He was always sketching – even on Christmas Eve and New Year's Eve – and he passed away with a pencil in his hand. He loved to retreat to his workroom, which was more of a cave with small pathways carved out between mountains of papers and objects. It was anything but simple and stringent, but he loved the cave's qualities and the feeling of security it conferred. In fact, he transferred this 'cave' thinking to the houses that he designed, where windows would never face each other directly across the room.

In many ways, this was the unifying principle in Mogens’ life: he designed, sketched and built homes for people he knew – or became friends with those he designed, sketched and built homes for. At the time, architects were allowed to decide not only the exterior, but also the interior design. So Mogens Lassen designed kitchens, chairs, tables, sofas – everything necessary to live an entire life inside one of his creations.

His talent extended to everything he designed, and today more and more of his furniture pieces come to auction to achieve sky-high hammer prices.  Throughout his life, Mogens Lassen was honoured with countless awards and medals, including the C.F. Hansen Medal, Denmark’s highest architectural honour.  This is how architect Mogens Lassen (1901-1987) lived his life. And it made him one of the fathers of Functionalism in Denmark, which later brought international fame to Danish and Scandinavian design.