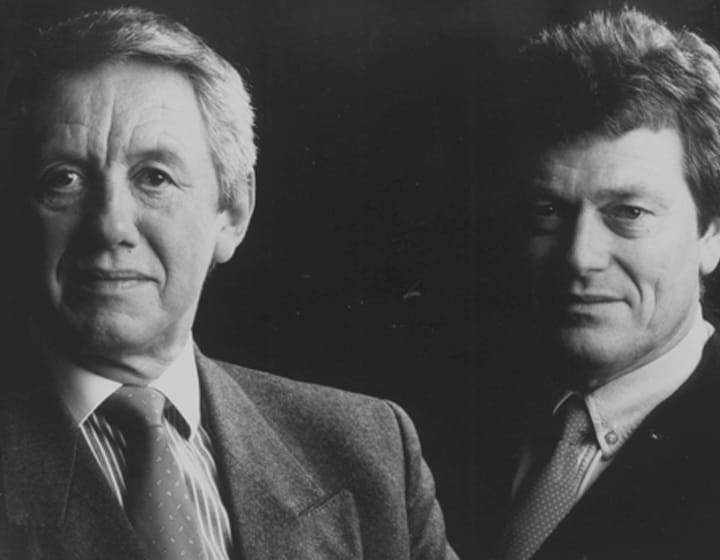 Rud Thygesen (born 1932) and Johnny Sørensen (born 1944) both graduated from the Danish School of Arts, Crafts and Design in 1966 and the same year they opened their own design studio. While still at school they established a co-operation with Magnus Olesen which in 1971 was expressed in the first models of a range of laminated furniture of which the mutual connection – both technologically and aesthetically – is shown in a stringent and functional design.

Since then Thygesen and Sørensen have created a large number of furniture series – mainly in laminated wood. They have contributed considerably to the development of furniture in laminated and molded wood and have designed some of the most successful Danish furniture pieces.

Thygesen and Sørensen have been instrumental in continuing the golden age of Danish Design from the 50´s and 60´s. In 1995, after almost 30 years of cooperation, they decided to end the successful partnership to pursue individual careers.